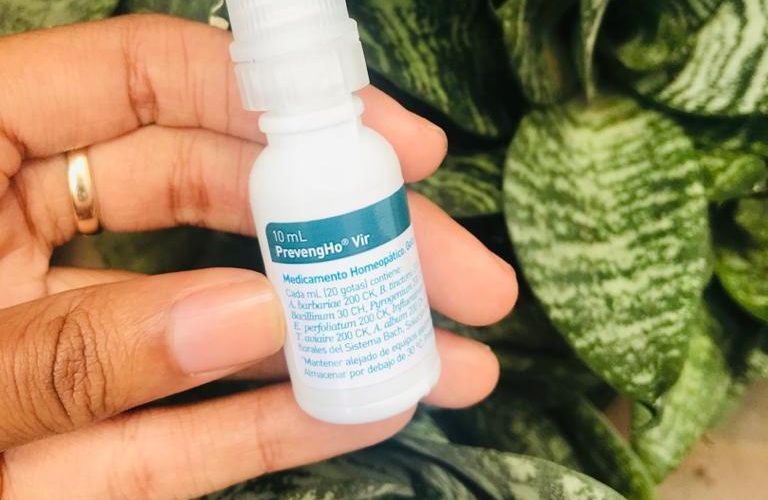 Gabriela Rivero
7 min read
Add comment
FacebookTwitterEmailLinkedInWhatsApp
Cuba has all but beaten the coronavirus. Homeopathic remedies such as PrevengHo Vir may have helped the fight.

“Our family doctor brought them to our house,” Celia de Ximeno, a resident of Havana’s El Vedado neighborhood, says. “Officials prioritized the places most affected by COVID-19. The “them” she’s referring to? Immunity-boosting PrevengHo Vir drops.

A play on words taken from prevengo (“I prevent”) and virus, the name of this homeopathic remedy says it all. First rolled out en masse by Cuba’s Ministry of Public Health (MINSAP) in early April, Prevengho Vir is the latest in a line of “Prevengho” medicines used to fortify the immune system against various diseases — it protects against respiratory pathologies and infections like influenza or dengue. While it wasn’t specifically designed to take on COVID-19, given that it helps with similar conditions, health authorities hoped it would soften the blow of coronavirus to the island’s population.

In the United States, the mainstream health system rarely uses natural medicine, especially to confront serious illnesses such as coronavirus. In Cuba, however, this approach —as well as a focus on diet and preventive care— is common practice. All Cuban medical schools teach both modern treatments and homeopathic medicine, which has evolved on the island  from a combination of indigenous, West African, European, and Chinese healing traditions.

Related Post: Would You Travel to Cuba to Get a Vaccine?

“While there’s a lot of controversy regarding the effectiveness of homeopathic products from a scientific standpoint, the population (myself included) is for the most part very happy with the results,” says Celia.

The government’s homeopathic approach to COVID-19 does seem to have proven remarkably effective. According to the MINSAP, there were only 55 active cases of coronavirus on the island at the close of July 4, and since the start of the pandemic, 94% of COVID-19 patients have recovered, a rate that puts Cuba second only to Uruguay among Latin American countries.

Join Startup Cuba’s Weekly Email for More Like This

The use of homeopathic medicine by Cuba’s public health system doesn’t just reflect resourcefulness in the face of economic constraint stemming from the collapse of the Soviet Union and the U.S. embargo — it’s also consistent with the beliefs and practices of the general population. As the MINSAP’s Director of Epidemiology, Dr. Francisco Durán Garcia, said during the press conference where he introduced Prevengho Vir, “Todos conocemos lo que son los productos homeopáticos” (we all know about homeopathic products).

And it’s true: ask any Cuban, young or old, what to do when you’re feeling sick. They’ll immediately start asking you about your symptoms —even the most embarrassing ones— and recommend any number of home remedies for your condition, from teas to lotions to anything in between.

“For me, using natural medicine is very beneficial even though we have the option of getting other medications from the doctor,” Celia says. “This culture of making natural teas, cultivating healthy organic food that smells of the land before you wash it, is primordial and helps treat a variety of ailments.”

Ask any Cuban, young or old, what to do when you’re feeling sick. They’ll immediately start asking you about your symptoms —even the most embarrassing ones— and recommend any number of home remedies.

While most Cubans have some familiarity with natural medicine, some have dedicated themselves to becoming experts. Herboristas (herbalists) like Milagro Govea Gómez are revered for possessing an extensive knowledge of traditional medicine that’s been passed down from generation to generation.

A native of Pinar del Río, Milagro learned about natural medicine from her mother starting at a very young age. She was taught how to prepare various remedies, foods and infusions based on the curative properties of plants, and today keeps a garden behind her house where she grows all kinds of botanical wonders.

Related Post: Every Day Is Sunday: Coronavirus in Trinidad

Some of her go-to remedies? Chamomile tea for stomach ailments or skin blemishes; ginger for headaches, cough, or nausea; or an infusion of guanábana leaves to alleviate high blood pressure, a fairly common condition on the island. Milagro also recommends infusions of rosemary for liver health, or to make a paste that can be used to heal scratches and cuts. However, the real reason she started growing this household herb was a little more vain.

“It used to be said that you could mash the leaves up and mix them with olive oil to make a mask that would get rid of facial wrinkles,” she laughs. “But that tidbit might not be so true, because I still have wrinkles anyway!”

Others use medicinal plants in connection with religious healing practices. In Santería, for example, ritual baths of rosemary, parsley, and rompezaragüey are used to dispel malignant spirits.

Natural medicine is used in many different ways by individuals across the island. Some grow and sell medicinal plants and herbs as a livelihood, while others like Milagro cultivate them on the side to make home remedies for family and friends free of charge.

Still others use medicinal plants in connection with religious healing practices. In Santería, for example, ritual baths of rosemary, parsley, and rompezaragüey are used to dispel malignant spirits. Santeros also employ a host of other natural remedies based in Afro-Cuban medicinal traditions to promote physical as much as spiritual health.

Individuals may choose to use home remedies in conjunction with traditional pharmaceuticals —Celia describes using both zinc and calamine lotion as well as guava leaves to help her through a bout of chickenpox— or may prefer to rely entirely on natural concoctions. Nevertheless, most Cubans recognize that natural remedies and mainstream medications are two different beasts, both of which have their benefits and drawbacks and should be used responsibly.

Cuba is currently beginning to stabilize, with most of the island in Phase Two of the national recovery plan. Matanzas and Havana, the two hardest-hit provinces —the latter continues to produce the few new cases of COVID-19— aren’t far behind. Matanzas will remain in Phase One for now, while Havana initiated reopening on July 3rd. International tourism, though subject to strict protocols, is beginning to pick up in the keys.

“With respect to COVID-19, the number of deaths has been very low and the number of recoveries very high. Homeopathic products have been used alongside interferon alpha 2b and a healthy diet.”

“One of the biggest benefits of Cuban medicine is its quality, which comes from the naturalness of its products,” Celia declares. “With respect to COVID-19, the number of deaths has been very low and the number of recoveries very high. Homeopathic products have been used alongside interferon alpha 2b and a healthy diet; apparently this method of treatment has been very effective.”

More of the Latest Stories From Startup Cuba

Join Startup Cuba’s Weekly Email for More Like This

Nataly Kogan Offers Five Tips to Be “Happier” During COVID-19

Chateau Blanc Is a Kosher Casa Particular in Havana Cuba

Watch Our Behind the Scenes Debrief From Governors Island

Havana Libre Is a Beautiful Film About Surfing in Cuba

Experiencing Cuba Through Airbnb: From Opportunities to Challenges