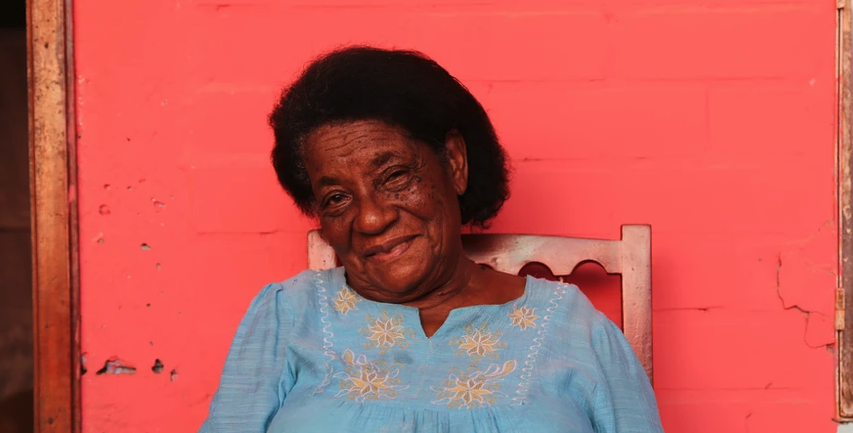 Pilar Eguez
8 min read
Add comment
FacebookTwitterEmailLinkedInWhatsApp
Obsolete scientific ideas dating from the 1950s in the US continue to turn Ecuadorians away from their locally produced traditional foods.

As an anthropologist, I’ve spent the past eight years studying the situation of traditional foods in Latin America, especially in my home country, Ecuador. In 2012 I launched a project called “Comidas que Curan” (Foods that Heal) which became a platform for several research projects and food documentaries. Over the years of doing this work, I heard terribly sad as well as other more hopeful stories about food and culture, especially from older adults across the country.

While conducting the research for my latest documentary “Raspando Coco” (2018, 30 mins.), an older Afro-Ecuadorian man who has grown coconuts in his farm on the coast for most of his life told me, “the doctors tell us that coconuts kill.” He has diabetes and has been told by his doctor to avoid eating coconuts. Another older Afro-Ecuadorian man who used to sell coconuts for a living at one of the major ports in Esmeraldas—the largest coconut-producing region in the country—told me that he had high-blood pressure.

In addition to coconuts, the doctors had told him to avoid seafood, plantains and yuca, all of which are staple foods of the regional cuisine. A young teenager who works after school peeling coconuts at a farm for a meager wage told me he learned at school that coconuts should be avoided because they are high in fat. When I asked them what their favorite foods are, nearly all of the people I interviewed (about 40) said their favorite food is coconut-based fish or shrimp stew, in Spanish encocao, an iconic traditional dish from this region. While older adults recall eating coconut in meals almost every day as children, some of them said they now try to limit coconut consumption to once a year. And when they do eat their favorite, culturally meaningful foods, they do so with fear of getting sick, and a side of guilt.

Ecuador has a history of shaming people for eating their traditional foods.

For an earlier documentary project in the coastal region of Manabí, I interviewed older men and women and produced short documentaries of them cooking their favorite traditional foods. This region is known for its dairy farms, and particularly for its unique type of very dry, salty cheese which can only be found there. Dairy and peanuts are what make Manabí’s cuisine distinctive and recognized as one of the most delicious in the country. Yet, the majority of people I interviewed were very confused as to what I meant by “butter.” When I asked them to list and show me their recipe ingredients, I realized that they said “butter” to actually refer to margarine, a product sold at the grocery store that consists of a blend of refined vegetable oils, some of which are hydrogenated to provide the semi-solid texture of butter, plus some butter flavor and color. I then learned of the widespread belief that vegetable margarine (and oils) are healthier options, and that they have been told (by doctors) to avoid real, cow-butter. This is rather contradictory for Manabí considering that in urban areas like Bahia de Caráquez, milk gets delivered in the mornings straight from the farm to people’s homes in motorbikes. Fresh artisan butter is made at home from local farms’ pasture-raised cows and can also be bought by the pound at any food market for a cheaper price than brand-name, industrially produced margarine.

Food prejudices based on obsolete scientific ideas dating from the 1950s in the US continue to turn Ecuadorians away from their locally produced traditional foods.

More recently, I taught an online course this past June 2020, in partnership with my colleague Javier Carrera from the Seeds Savings Network of Ecuador (Red de Guardianes de Semillas), a grassroots organization advocating for regenerative agriculture and ancestral seeds’ preservation. Our class was titled “Cooking for a Strong Immune System.” We focused on the nutritional value and immune boosting function of traditional foods divided into four broad categories: bone broths; organs and raw meats; fermented/soured/sprouted/soaked foods; and vegetables and fruits. About 800 people from all over Latin America and other parts of the world signed up for the class, although the majority of participants were Ecuadorian. As we started off the course, several students raised concerns about whether liver from animals was safe to eat because they had heard that the liver is a “filter for toxins,” and had been told to avoid it. One student raised a similar concern about “harmful toxins” in bone broth. Several students commented that doctors had told them that traditional soups made with bone broth have no nutritional value. They claimed they are mostly water with vegetable flavor, since the vegetable nutrients have been destroyed by the heat. Disregard for the value of soups is rather ironic for Ecuador, a tiny country with one of the greatest variety and quality of soups in the world (only second to China according to a recent report).

Many of the students were pleasantly surprised to learn that traditional fats like lard and butter were healthy choices, especially those who work or live close to local farms, yet had been using refined vegetable oils for cooking, per the current medical recommendations. They appreciated us presenting evidence that traditional animal foods, long disregarded and advised against, are in some cases more nutritious than vegetable sources, which is the case of liver—nature’s most concentrated source of Vitamin A.

Now labeled a superfood, quinua (quinoa) is an ancestral food of the Andes that was forbidden during colonial times.

The excitement over having their culture and local foods validated showed in their posts on the course forum. Some students spontaneously shared pictures of forgotten and rescued grandmothers’ recipe books; others decided to cook their own family’s variations of course recipes; others inquired how to make butter and lard from scratch, and proudly shared pictures of their results with the group. Students thanked us for sharing something more than just recipes to get healthy. We had touched on something deeper as we opened a path to reconnect with their heritage.

Ecuador has a history of shaming people for eating their traditional foods. Now labeled a superfood, quinua (quinoa) is an ancestral food of the Andes that was forbidden during colonial times. Subsequently, up until the 1980s, quinua was looked down upon as a “food of the Indians.” In fact, shaming foods goes hand in hand with shaming the people who eat them. Historically those people have been low-income, indigenous and African descent groups, marginalized and oppressed under Spanish colonial and post-colonial systems. However, as we are now starting to recognize, their local heritage foods were much more nutritious than the alternatives later introduced from the US through the modern food industry, which continue to be recommended by western medical authorities.

Shame and guilt should not have any place in the experience of eating. They don’t benefit us. They benefit the big industries by keeping consumers confused and afraid.

Sadly, shaming and fear of traditional foods is still alive in Ecuador. As I found through my years of research, food prejudices based on obsolete scientific ideas dating from the 1950s in the US continue to turn Ecuadorians away from their locally produced traditional foods. This is rather tragic, since regional cuisines are sources of healthful, local and widely diverse foods, but more importantly they are a way to stay connected with our culture. These foods and recipes have been perfected and protected over millennia to give us the safest and most delicious foods, which are also charged with meanings, experiences, and the sense of who we are and where we come from—our history.

Shame and guilt should not have any place in the experience of eating. They don’t benefit us. They benefit the big industries by keeping consumers confused and afraid. They reinforce exclusion and prevent us from loving ourselves and our culture. They also are useless emotions that turn any food into an imaginary threat, creating needless stress that interrupts our ability to adequately assimilate and enjoy food.

The struggle is not just about access to food and transforming our broken food system. It is a collective struggle to dismantle obsolete beliefs that block our access to the knowledge and ability to appreciate our food heritage and enjoy our foods freely, without guilt, and with pride.

(Note from El Equipo: A version of this article was originally published on the Sacred Cow blog.)

Pilar Egüez Guevara, PhD is director and founder of Comidas que Curan, an independent education initiative to promote the value of traditional foods through research and film. Her award-winning documentary Raspando coco (Scraping coconuts) has been screened at film festivals, educational and community settings throughout the United States, Latin America, Europe and Japan.

We Had Our Minds Blown in Ecuador’s Cloud Forest

This New Documentary Will Have You Wanting More Rita Moreno

6 Puerto Rican Women Musicians You Should Listen to Now

Where should we send it?