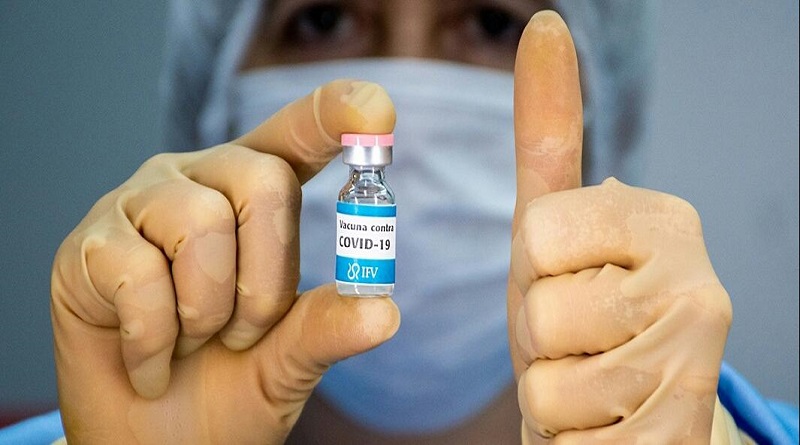 Cuba looks to be ready to submit Soberana for emergency use approval and mass vaccinate its population. After months of mask mandates and social distancing, closed borders and natural medicinal treatments, it seemed like Cuba was on the verge of eradicating COVID-19. Unfortunately, after premature gatherings like one notorious party in Bauta as well as the many other challenges of safely reopening while dealing with stir-crazy citizens and a highly transmissible virus, the island saw a spike in cases that doesn’t show any signs of stopping.

Before the spike, most Cuban provinces were in the last phases of reopening, making a return to lockdowns and the implementation of a new 7pm curfew in Havana pretty disheartening. However, while the number of cases continues to climb, there is a glimmer of hope for the island. First, the number of recoveries continues to be high and the number of critical cases low. Second —and most exciting— is the news that on August 24th, Cuba joined the handful of countries starting clinical trials in the quest for a COVID-19 vaccine.

However, while the number of cases continues to climb, there is a glimmer of hope for the island.

At the time of this writing, Cuba is the only country in Latin America and the thirtieth of the more than two hundred countries worldwide currently working on developing a vaccine to be approved by the World Health Organization (WHO) to start clinical trials. Spearheaded by the Instituto Finlay de Vacunas in collaboration with the Center of Molecular Immunology (CIM) and the Center of Genetic Engineering and Biotechnology (CIGB), the island’s Soberana 01 vaccine trial has been progressing steadily.

Soberana 01 is what’s known as a “subunit vaccine,” meaning it uses an antigen to trigger the production of antibodies that will target the virus.

Soberana 01 is what’s known as a “subunit vaccine,” meaning it uses an antigen to trigger the production of antibodies that will target the virus. It showed promising results in preclinical testing with mice and rabbits, and in a gutsy show of confidence, head researchers Dr. Vicente Vérez Bencomo, Dr. Dagmar García, and Dr. Yury Valdés Balbín of the Instituto Finlay became the first human subjects to be inoculated with Soberana 01 at the end of July before the clinical trial officially began.

So far, the only reported side effect is mild pain at the site of injection, which anyone who has ever gotten a tetanus shot knows isn’t necessarily cause for concern.

So far, the only reported side effect is mild pain at the site of injection, which anyone who has ever gotten a tetanus shot knows isn’t necessarily cause for concern. The vaccine is composed of two doses given 28 days apart, and the trial will end 28 days after the second dose is administered during the second clinical phase, which should begin soon. Health officials hope to publish the results of the trial in January.

…Cubans will receive the vaccine free of charge through the island’s nationalized public health system.

While most countries have been struggling to figure out how to make COVID-19 vaccines as affordable as possible for the public, Cubans will receive the Soberana vaccine free of charge through the island’s nationalized public health system. Additionally, plans for the mass production of the vaccine —one of the trickiest logistical hurdles currently facing the international community— are reportedly already in place. Cuba’s representative to the Pan American Health Organization, Dr. José Montoya, also stated that if successful, the island would share the vaccine with other countries.

This is all encouraging news, but it’s important to remember to take it with a grain of salt. A lot can happen between now and November, when Cuba’s clinical trial is expected to conclude, especially given how information about COVID-19 is constantly evolving. Nevertheless, here’s hoping that famous Cuban ingenuity pays off.

El Paquete Semanal: How Cuba’s Weekly Internet Is Delivered on a Hard Drive

The Diary of a Cuban Abroad: In Moscow

LGBTQ+ Cubans Fight to Not Be Forgotten in New Families Code

Teletrabajando: Working From Home in Havana