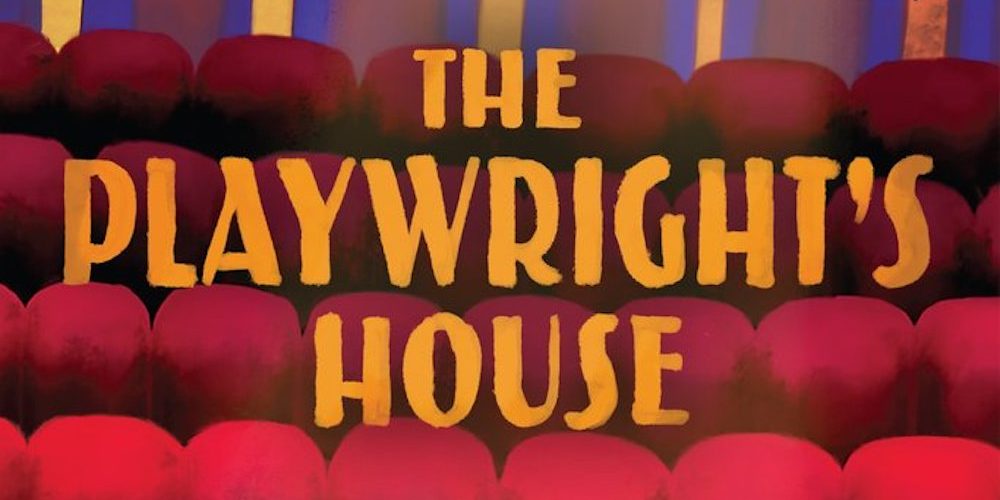 Tanya Pérez-Brennan
7 min read
Add comment
FacebookTwitterEmailLinkedInWhatsApp
In Dariel Suarez’s debut novel, the realities of living in Havana under a communist state are brought alive through vivid detail and a sense of lived experience.

In Dariel Suarez’s debut novel, The Playwright’s House, to be released in June from Red Hen Press, the realities of living in Havana under a communist state are brought alive through vivid detail and a sense of lived experience. Suarez, a Cuban who came to the United States in 1997, seems to know the streets of Havana like the back of his hand, and this intimate knowledge lends the novel a refreshing sense of authenticity and realism.

The novel tells the story of two brothers —Serguey and Victor— who are polar opposites: Serguey is a happily married young lawyer who works for the Cuban government, a straight-shooter; and Victor has had one too many brushes with the law, getting involved with street deals and scams, and surviving by his wits. Their father, Felipe, is an esteemed theater director. The crux of the novel occurs when Felipe is suddenly arrested by the Cuban authorities and accused of being a dissident and mercenary.

Some of the best parts of Suarez’s book take place when he is describing Havana itself. His descriptions give the reader a sense of being present in the moment that is unfolding…

This incident —their father’s arrest— is what sets the narrative in motion and is at the heart of the story. But the story isn’t just about the arrest and how they try to help their father. It is about the brother’s relationship, and how they never came to terms with two traumatic childhood events. The brothers seek out the help of a compelling cast of characters —including a social media activist, a Santería priestess, and a Catholic priest— to work on securing their father’s release from prison. The result is a thoughtful portrait of living under state surveillance, the complexities of contemporary Havana, the bond between brothers, and confronting the ghosts of the past. At the heart of this novel is the wrenching decision that Serguey must make to save his father and brother from a seemingly failed state, and how this decision is what helps Serguey save himself.

Join the Startup Cuba Weekly Email for More Stories Like This

Much of the fiction written by Cuban Americans in the United States documents the Cuban American experience largely through the lens of the pain of exile and the struggle with identity, such as can be found in the work of writers like Cristina García or Oscar Hijuelos. Readers who are interested in contemporary Cuban literature can rely on the translated works of celebrated Cuban poets and writers such as Reinaldo Arenas.

What is interesting about Suarez’s work is that it is imminently political; perhaps it could even be argued that it is an example of socially engaged fiction, and it is this kind of fiction that is woefully underrepresented in the overall contemporary publishing industry in the United States.

Suarez, who received the 2017 Spokane Prize for Short Fiction for his short story collection, A Kind of Solitude, is clearly preoccupied with the everyday struggles and triumphs of Cuba, which are as obvious in his stories as they are in this novel. What is interesting about Suarez’s work is that it is imminently political; perhaps it could even be argued that it is an example of socially engaged fiction, and it is this kind of fiction that is woefully underrepresented in the overall contemporary publishing industry in the United States. This of course contrasts greatly with the tradition of political fiction that hails from Europe and other parts of Latin America as well as other parts of the globe. Much of the fiction that does engage with politically charged issues in the U.S. market has been written by immigrant authors or the children of immigrants, such as Vietnamese American Viet Thanh Nguyen, Nigerian writer Chimamanda Ngozi Adichie, or Haitian American writer Edwidge Danticat.

For his part, Suarez does not hold back when it comes to describing the pitfalls of the Cuban system. Serguey, the lawyer, lives with his wife Anabel in an apartment on loan from his boss, Gimenez, a sell-out bureaucrat, in an upscale neighborhood, which Serguey contrasts with the childhood neighborhood he and his brother grew up in: “The sidewalks were riddled with cracks. Street corners had been converted into temporary garbage dumps, refuse piled so high they resembled giant anthills. Initially, everyone complained about the smell, about the lack of decency. After a while you couldn’t help throwing your own trash into what had become like a symbolic monument — a communal middle finger to whoever dared call Cuba a pristine, exemplary island.”

This same sentiment is apparent in the following passage, when Serguey realizes the distinct realities of life in Havana: “There was the hunger, and sickness, and persecution, the ‘aspirin to cure everything’ and ‘only pair of shoes’ and ‘inner tube rafts’ reality of it, which was no longer his reality. There was the deadpan bureaucracy, which he regularly circumvented thanks to his connections, and the endless imperialism-bashing speeches and stodgy political discussions, which he avoided by watching films and American television shows on a DVD player. There was a pervasive, deeply entrenched lack of hope in Havana.”

This feeling of powerlessness and hopelessness is interwoven with Havana’s striking beauty. Some of the best parts of Suarez’s book take place when he is describing Havana itself. His descriptions give the reader a sense of being present in the moment that is unfolding: “From El Morro, Felipe and the boys beheld the sprawling splendor that was Havana. The Malecon promenade curved away from them, graceful as a fine blade. Regardless of the physical desolation of so many neglected buildings, taken as a whole, Havana inspired awe. Felipe had described it once as an expansive cluster of varied architecture, unified by a lingering colonial aesthetic. At its core, the misery was so abundant, he said, so overwhelming, that it transformed itself into something evocative and beautiful. A young Serguey had understood what his father meant, but he was more captivated by something else: the vibrant blue of the water; the music of the waves lapping at the rocks below the fortress like a bristle broom gently sweeping; the air emboldened by the light and open spaces.”

An astute, bilingual reader won’t be able to help picking up on the author’s use of words like “collaborate” for colaborar instead of cooperate…

The Dariel Suarez novel isn’t peppered with Spanish so much as it has a Spanish flair to it. In certain places the use of language and phrasing is awkward, and it almost makes me think Suarez did this on purpose to give his prose a Cuban feel. Beyond the use of certain expressions like come mierda, Viejo, or tranquilo, the English exposition itself sometimes reads as if it were meant to be written in Spanish. An astute, bilingual reader won’t be able to help picking up on the author’s use of words like “collaborate” for colaborar instead of cooperate, or the “center” of town, instead of downtown, or saying the “dramaturge” instead of the playwright or interestingly, using the word “peasant” to mean campesino, instead of using less antiquated expressions.

The novel’s strengths lie in its portrayal of everyday life in Havana, from its descriptions of the sweeping sea and balmy air, to the characters that populate its streets — the old men heatedly debating the soccer prowess of Brazil’s Pelé and Argentina’s Maradona in a corner coffee shop, the local server filing her nails with abandon, or the suspicious, busybody neighbor, who is the eyes of the government, willfully exchanging information for special perks. All of these descriptions give a flavor to life in a Havana that is complex and beautiful in its contradictions amid a backdrop of political corruption and intrigue that forces its protagonist to weigh what really matters.

Tanya Pérez-Brennan is a freelance interpreter and translator, journalist, and adjunct professor. She was a regular contributor to Foxnewslatino.com, where she covered national immigration policy and the immigrant Latino community in Massachusetts, and at The Boston Globe, where she covered the Town of Framingham, home to the state’s largest Brazilian community. She was a staff writer for The Orlando Sentinel, where she covered local city government and the Puerto Rican and Mexican migrant communities, and The Florida Times-Union, where she covered general features and the arts, including Latino and Latin American artists. Tanya has taught Spanish at Regis College and Babson College, and translation at Harvard University. Tanya has an MFA from Bennington College in Creative Writing & Literature, an M.S. in Journalism from Columbia University, and a B.A. in Latin American Studies from the University of Massachusetts Boston. Fun fact: Tanya is half Colombian and Irish and grew up in Brazil.

Los Hermanos Is a Film That Unites Through Music and Brotherhood

Did Peloton Just Pedal Across The Latinx Bridge?

Nataly Kogan Offers Five Tips to Be “Happier” During COVID-19