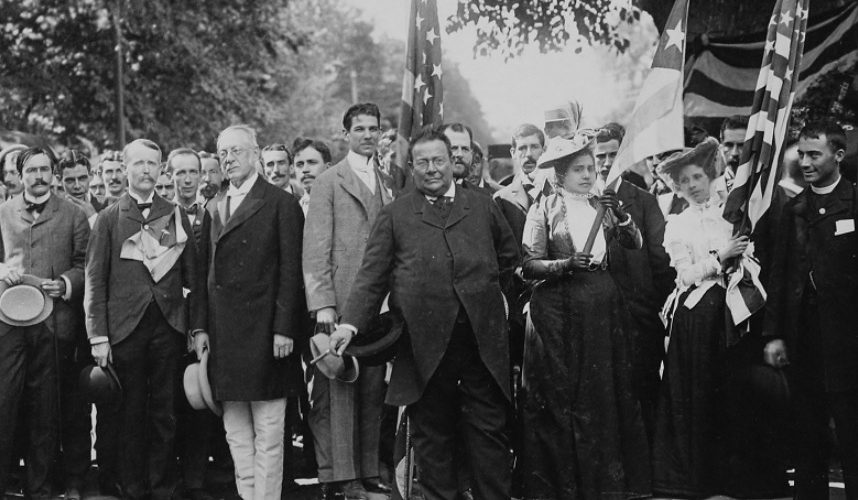 Did You Know About the Harvard Cubans in 1900?

Erin Goodman
7 min read
Add comment
FacebookTwitterEmailLinkedInWhatsApp
A film screening and discussion at the Genealogy Club of Miami highlighted the largest cultural exchange ever between the US and Cuba, in 1900.

Could your great-great-grandparents have participated in the Cuban Teachers Expedition of 1900? It’s possible! A recent documentary and the subsequent development of an online interactive database have shed new light on the impact and participants in largest cultural exchange that has ever existed between the US and Cuba to date. The film, Los Cubanos de Harvard (The Harvard Cubans) and project was presented (in Spanish) at the Cuban Genealogy Club of Miami via Zoom this Saturday.

At the turn of the 20th century, Cuba was beginning to rebuild after the wars for independence from Spain, which ended in 1898 when the U.S. intervened and then promptly occupied the island until 1902. Schools were considered very important for the recovery of the country and for the formation of a new national identity. Some Cuban independentistas were initially suspicious of Frye and wary of “Americanization.” To the surprise of his skeptics, Frye implemented reforms that strengthened and expanded the Cuban public school system.

Could your great-great-grandparents have participated in the Cuban Teachers Expedition of 1900? It’s possible! The development of an online interactive database has shed new light on the Expedition’s impact and participants.

Looking to expose Cuban educators to modern methods of teaching and to show them the advances of North American society, the American secretary of education in Cuba at the time, Alexis Frye, came up with the idea of sending nearly half of all public school teachers on the island on an eight-week educational adventure to the east coast of the United States.

Join Startup Cuba’s Newsletter For More Stories Like This

In a logistical feat that seems daunting even today, Frye arranged for five warships —the McClellan, the McPherson, the Crook, the Sedgwick, and the Burnside— to stop at ports throughout the island, from Havana to Holguin, to collect 1,273 teachers and bring them to Boston to attend summer school at his alma mater, Harvard University. Half of the teachers were women, half were men, and they were selected from all over the island through an announcement that went out in a local bulletin.

Alexis Frye came up with the idea of sending nearly half of all public school teachers on the island on an eight-week educational adventure to the east coast of the United States.

The first and main stop for the teachers was to Harvard Summer School, which had recently been established by Charles Eliot. Tuition was waived, and the people of Cambridge, convinced that this expedition would aid the reconstruction of Cuba after the wars, donated more than $70,000 for the visit (around US $2M today). They also hosted hundreds of Cuban women (and their chaperones!) in their homes, and the men were lent dorm rooms vacated by Harvard students, with express permission about whether or not the visitors could use their furniture and other items in their rooms.

As national hero José Martí had said just a few years earlier, “Whoever names ‘Harvard,’ the great college of Massachusetts and the Oxford of North America, utters a magic word that opens all doors, [and] carries all sorts of honors.” The teachers would encounter North American society at “this time of splendid productivity and transformation,” as Martí described it.

From July 4th to early August, the teachers were trained in topics such as English, North American culture, sloyd (a handicraft technique popular at the time) and pedagogy, took field trips throughout greater Boston, and attended weekly dances and concerts put on in their honor. Alexis Frye even found time to fall in love with one of the teachers, María Teresa Arruebarrena from Cárdenas, whom he would later marry in a celebration that would be called the event of the year on New Year’s Day 1901 in Havana.

In mid-August the teachers set sail on the warships for a two-week tour of the Eastern seaboard, including visits to Philadelphia and New York, and culminating in a visit with President William McKinley in Washington DC. According to press reports from the time, McKinley greeted each Cuban teacher by name as he shook their hands one by one.

A 2017 documentary film tells the previously largely unknown story of the Cuban Teachers Expedition. The 72-minute Los Cubanos de Harvard (The Harvard Cubans, in Spanish with English subtitles) was produced by Harvard’s Cuba Studies Program, and directed by Danny González Lucena. The documentary analyzes primary sources such as photos, diaries, U.S. and Cuban newspaper accounts, and interviews with historians and descendants of the teachers. The film touches upon the trip’s implications for attitudes towards race, gender, and class as a result of the exchange.

Other key figures interviewed in the documentary include Cuban historian Marial Iglesias, and the Cuban poet and essayist Victor Fowler, who co-wrote the script for the documentary with González Lucena. Much of the source material was collected by Harvard librarian William Coolidge Lane and put into a time capsule in 1900 that Iglesias researched when its contents were uncovered in 1996. In their archival research, the team even came across the original numbered pins that were given to the Cuban schoolteachers to serve as the equivalent of identification cards during their stay at Harvard.

The film’s director, Danny González Lucena, and historian Marial Iglesias are tracing the descendants of the teachers —both in the US and in Cuba— for a digital history project that seeks to recover the lost memory of the expedition and assess the impact that the visit had on the creation of a modern education system in Cuba. Since the film’s premiere, nearly 200 people have come forward to share stories and photographs of their great- or great-great-grandparents who participated in the excursion. The pair will present about the film and the project (in Spanish) at the Cuban Genealogy Club of Miami via Zoom on Saturday, February 13th.

Join the Startup Cuba Newsletter for More Stories Like This

Erin Goodman has been an editor and a contributor at Startup Cuba. She is a longtime follower of US-Cuba relations and contemporary Cuban culture. Erin first traveled to Havana in 2002, and later founded a travel and translation company, taking groups of women to Havana with a focus on the arts and entrepreneurship. She has translated for The New York Times, OnCuba Travel, and many other publications.

Havana Libre Is a Beautiful Film About Surfing in Cuba

LA Times: Cuba, Nicaragua, Venezuela Are Not at the Summit of the Americas — But Their Dissidents Are