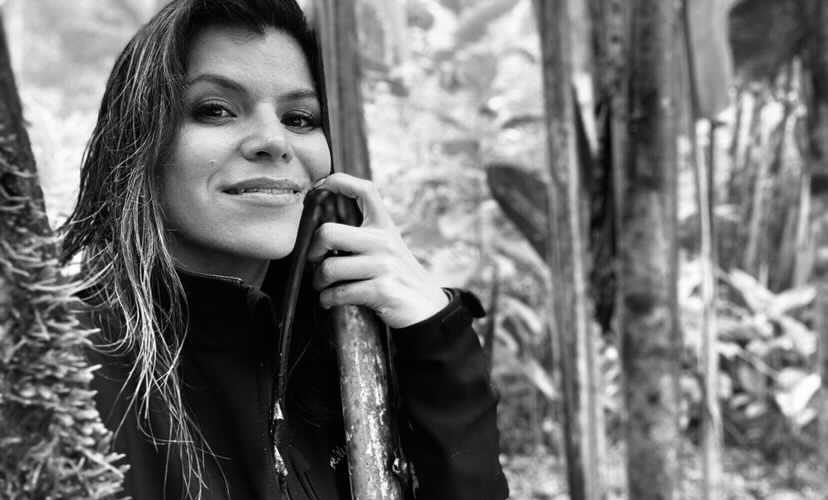 How I Became Latina at 30

Zuzy Martin-Aly
6 min read
Add comment
FacebookTwitterEmailLinkedInWhatsApp
As I grew up, I always felt very American and very Cuban, but never quite “Latina” or “Hispanic” because we identified by the country our parents came from.

The story of how I became Latina starts with my grandparents leaving Cuba in their 30’s, in the mid-60s. My parents were only 12 and 15. Back then, it was not cool to speak Spanish or sexy to have an accent. They did their best to fit in and assimilate into American culture with my dad embracing basketball and rock n’ roll and mom, fashion. They wanted my sister and I to be “American,” to speak perfect English and to never be called terrible names, (like spic), or told to “go home” like they had been told. If it wasn’t for my grandparents, I would have never learned Spanish.

In fact, one of the best side effects of having my parents divorce when I was so young, was the fact that we moved in with my Abuelos – half of the week with my mom’s parents and grandmother, Abuela Esther who made the best pastel de pollo; the other half of the week with my dad’s parents and grandmother, Abuela Maria, who taught me how to swim and made the best café con leche. Through them, I gained the gift of Cuban culture, old-school mannerisms and fluent Spanish.

I have always hated stereotypes but having society question whether my son, who looked like his Irish-American father, was mine because I spoke Spanish to him, was a moment for pausa.

Born in super diverse Elizabeth, New Jersey, my friends were Greek, Portuguese, Puerto Rican, Italian, Haitian, Filipino, Irish, Polish – a quintessential Jersey melting pot. Almost all of us were 1st generation. For me, that meant being the 1st generation in our families born in the States and that our parents were all from “somewhere else.”

As I grew up, I always felt very American and very Cuban, but never quite “Latina” or “Hispanic” and this was because we all identified by the country our parents came from. And, to be frank, no one asked me if I was Latina or Hispanic, so I didn’t really think about it in those terms. After college, when I moved to San Francisco, not only was I not in Kansas Jersey anymore, but everything changed when I became a mom. For some reason, when I had my son, there was a deep, visceral instinct to speak to him in Spanish, so I did. I spoke to him only in Spanish, day in and day out.

Through these encounters, I began observing the world with a different lens and the whole experience made me ask myself what it meant to be a Latina.

And almost every day, someone would ask me, “Are you his nanny?”.

I have always hated stereotypes but having society question whether my son, who looked like his Irish-American father, was mine because I spoke Spanish to him, was a moment for pausa. There were times at the park I noticed all the other people there speaking Spanish with babies were… nannies. “Ok, I get it”,  I would think to myself.

Other times, like once at Starbucks when again I confirmed to a curious woman that my son Craig was indeed mine, she replied, “the milk man must be his father.”

But there was something else that surfaced through these encounters. I noticed subtle shifts in the way I was treated by people in general and the way I felt. San Francisco is a mecca for evolved ways of thinking and acceptance and I really love that, but even that great city doesn’t understand its own unconscious bias. I noticed that when I spoke Spanish while at the park with my son or at Starbucks, I was treated differently (sometimes less than) than when I was alone downtown at a meeting, speaking perfect English.

Through these encounters, I began observing the world with a different lens and the whole experience made me ask myself what it meant to be a Latina. Poco a poco (little by little), I started understanding.  It was strange at first because, like many of us growing up in diverse areas and then living elsewhere might account, there was a difference in how people who don’t know you treat you – more stereotypes, a bit dismissive yet sometimes fascinated and excited to learn more. Frankly, it was weird, but through all of the experiences, came a blunt look in the mirror to a side of me that I had not fully embraced.

This especially came through as I connected with mothers like me. There was a group of us that found each other – all of us, desperate and anxious to pass along the warmth of Spanish language and culture that came from our Abuelitas, tías and mamas. The mamas were mostly first generation, like me and also far from home as transplants in the Bay Area. We started getting together for playdates and eventually hired a teacher to help us structure a Spanish class. For $10 a class, we’d take turns hosting and our little ones would play and learn Spanish while taking turns to listen and learn about our backgrounds –  Mexican, Nicaraguan, Argentinian, Costa Ricán, Cuban. We all spoke more Spanish than we had in years, sometimes hearing it creak through American accents.

Motherhood, thankfully, pulled it out of us from a place of nostalgic abyss. I found in them a beautiful sisterhood and finally understood what it meant to be Latina for me. As a mother, it was a collective experience that transcended any particular background. It was warmth, love, admiration and a deep understanding of generational values. As a woman, artist and entrepreneur, I later came to own it as a feeling of strength, wisdom, drive and sometimes irreverence. Looking back, this experience eventually led me to become a filmmaker, one on a quest to explore what it meant to become American and the duality behind the 1st generation experience.

Sometimes, it takes a while for us to fully understand ourselves. I’m grateful to the kindred mamas who helped me own my Latinx identity and its beautiful duality – one that is best described in emotion rather than words.

Zuzy Martin-Aly is the Co-Founder and Creative Director of Startup Cuba. She's an award-winning filmmaker, producer and writer with a passion for bringing voice to stories that need to be told. Zuzy’s family came to the Elizabeth, NJ from Cuba in the 1960s. Her award-winning documentary film, Craving Cuba, explores what it means to be American and the complicated relationship that Cuban Americans have historically had with Cuba. The documentary was accepted into 13 film festivals, winning awards for best documentary feature and editing. Zuzy often speaks across the country on the topic of identity. She was invited to speak at the United Nations about the importance of exploring identity and finding one’s voice through the power of independent film. She is working on several creative projects including recently co-creating Two Cuban Girls and a Bald Guy with StartupCuba and Verv.tv, a travel series with a focus on Latin America aimed at building bridges, breaking down stereotypes, and inspiring people across communities.

The Cuba Coast and a 3,000 Mile Fight Against Climate Change

Los Hermanos Is a Film That Unites Through Music and Brotherhood