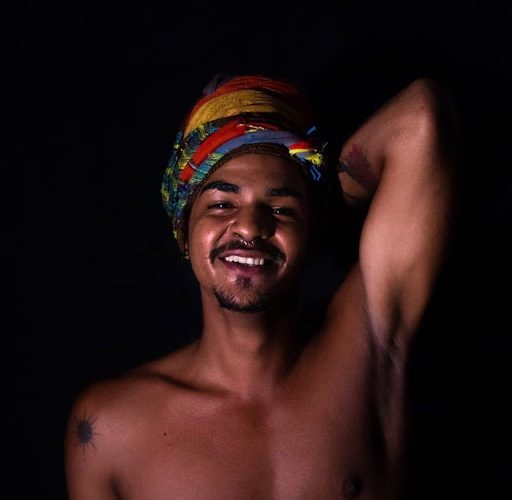 No one in Cuba has just one identity. For such a relatively small territory, there’s an astonishing amount of racial, ethnic, and religious diversity to be found across the island.

Because of the country’s history of colonization, slavery, and immigration from all parts of the world, most Cubans can trace their roots back to multiple continents and countries —or even the native Taínos— if they can manage to disentangle their complex family trees. However, those who do know something about their roots take pride in both their national identity as Cubans and their heritage beyond Cuba.

Descended mostly from enslaved West Africans brought over by the Spanish, Afro-Cubans are heirs to a rich cultural legacy and form an integral part of the island’s historical and social fabric.

One such group is the Afro-Cubans, or afrocubanos. Descended mostly from enslaved West Africans brought over by the Spanish, Afro-Cubans are heirs to a rich cultural legacy and form an integral part of the island’s historical and social fabric. Today, it’s not uncommon to see white-clad santero initiates strolling along the streets of Havana, or afrocubanas with their hair wrapped in colorful turbans as they shop at the agromercado.

Many Afro-Cuban youth are also trying to combat some of the lingering racism on the island through displays of African pride like wearing clothing in traditional African patterns, promoting showcases of work by Afro-Cuban artists, or advocating for change in the language used to refer to Afro-Cubans and discuss racial inequality. In fact, the shift towards using the term afrocubano rather than negro signals a desire for inclusivity and the establishment of an identity that moves beyond color to encompass a swathe of cultural nuances.

The photos that follow, by Ernesto Solozábal, Zachary Kahn, and others, showcase various aspects of Afro-Cuban identity as it is manifested among afrocubanos today.

When they arrived in Cuba, enslaved Africans—Yoruba, Igbo, Carabalí, and Congos—combined their own spiritual traditions with Spanish-imposed Catholicism. This led to the creation of syncretic religions like Regla de Osha, Palo Monte, and Santería, which are widely practiced today. Nevertheless, Afro-Cuban spiritual traditions have transcended the boundaries of religion to become part of broader Cuban culture.

One of the most popular words of the Cuban lexicon, asere, actually has African roots, though its exact etymology is unclear.

One of Cuba’s most famous hip-hop/rap groups, Orishas, is named after the deities worshipped in Yoruba religions, and many Cubans —regardless of their religious inclinations— follow the letra del año, in which babalawos (priests) from different Yoruba religions interpret the governing deity for the year and advise people on how to conduct themselves to avoid misfortune. For 2020, the ruling deity is Oshún, the river goddess of love and fertility, so honesty and fidelity are especially important this year.

Ancestors of today’s Afro-Cubans are also credited with introducing the instruments and rhythms that permeate virtually all genres of Cuban music. Without them, there would be no bongos, claves, congas, or timbales—no salsa, son, rumba, or jazz. Unimaginable, right?

Legendary artists like Celia Cruz, Bola de Nieve, and Chucho Valdés helped draw attention to the vibrancy and diversity of afrocubanismo through a blend of traditional rhythms and lyrics about the Afro-Cuban experience or using African words (“Bemba Colorá” by Cruz or “Drumi Mobila” by Bola de Nieve). Valdés, along with his band Irakere, is considered one of the most important performers of Latin jazz, a genre composed of a mix of jazz with Latin and African rhythms.

One of the most popular words of the Cuban lexicon, asere, actually has African roots, though its exact etymology is unclear. Formerly considered vulgar or offensive because of racist resistance to using a word associated with Afro-Cubans, Cubans today have tackled this term’s complicated past and consciously made it a positive colloquialism. Asere, ¿qué bolá? is now the preferred greeting among friends, so much so that the Hola, ¿qué tal? commonly used throughout the rest of Latin America is arguably in danger of extinction.

Even Cuban cooking has African heritage. Enslaved Africans introduced staples like yam and malanga into the Cuban diet, as well as other foods like coconut and plantains. Originally used as tribute meals to various orishas, dishes like ajiaco, fufú de plátano, and arroz con leche are today considered national delicacies and examples of traditional home cooking in Cuba.

“It’s clear that Africa is always in my hair, in my skin, in my blood.”

Without Afro-Cubans, Cuba would not only be very different culturally, but politically, too. Afro-Cuban leaders like Antonio Maceo, who fought to gain Cuba’s independence from Spain, or Jesús Menéndez, who generations later advocated for the rights of workers in the sugar industry, as well as countless others, played a critical role in some of the island’s most important political, economic, and social movements.

As Cubans who helped to shape and protect their country, in spite of discrimination they faced from their fellow cubanos because of the color of their skin, they’re hailed today as national heroes and are a special source of pride for the Afro-Cuban community.

Remy Rodríguez (above), a fifth-year Cuban university student studying education, had this to say about the relationship between afrocubanismo and cubanidad: “In my opinion, I think Afro-Cuban culture complements Cuban culture…we’re all Cubans because of the mestizaje and transculturation that occurred centuries ago. But we Afro-Cubans are many of those Cubans who have similar characteristics and roots and who identify as Afro-Cubans as such.”

When asked what inspired her to start Turban Queen, Eliani said: “It’s clear that Africa is always in my hair, in my skin, in my blood. I feel that African heritage when I listen to rumba and I can’t stay seated, when I ask my mom to make me quimbombó, when I wear my turban. But more than that, I feel all that afrocubanidad knowing that it has a history, that people existed who were enslaved—that is to say, it has a past that’s a little sad, but we, the African diaspora in Cuba, must try not to forget to rescue our traditions and pass them down to new generations.”

“I’ve come to know many of these models on a personal level, and some have become good friends,” Ernesto Solozábal (above) says about his work photographing Afro–Cubans. “I’ve borne witness to the pride they take in their idiosyncrasies and their origins, how they accept themselves and don’t succumb to ideas that straight and shiny hair or light eyes are what’s beautiful. The acceptance of yourself as you are should be the bastion of all humanity and should only change if you decide to, not because it’s imposed on you. Seeing how these men and women get together, talk about their hair, about their curls, braids, dreadlocks and turbans, and how beautiful that authenticity can be, has been something worth seeing and something that I intend to keep showing through my work.”

In the wake of the global response to the American Black Lives Matter movement—in which many Cubans have participated—it’s as important as ever to recognize the beauty and contributions of the African diaspora. On the island, cooking, music, dance, art, communication, dress, religion, government…all of these have been influenced by afrocubanos. Worldwide, there’s a long way to go before racial and ethnic equality is achieved, but learning about and appreciating Afro-Cuban culture is a great first step.

Chateau Blanc Is a Kosher Casa Particular in Havana Cuba

Soviet Style Alamar Is One of Havana’s Most Populous Districts

Meet Matria: The Online Platform Taking on Cuban Patriarchy One Post at a Time 

US News: UN Votes Overwhelmingly to Condemn US Embargo of Cuba

How One Hundred Years of Solitude Became a Global Classic

Did You Know About the Harvard Cubans in 1900?