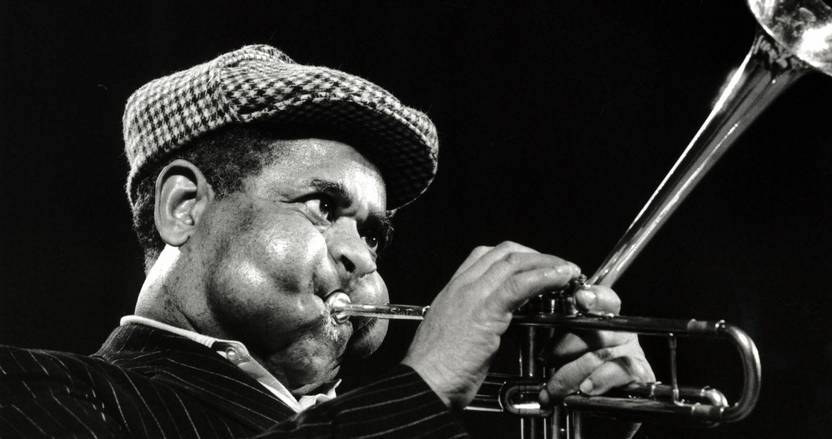 Dizzy Gillespie is an American jazz trumpeter legend. Born in 1917, his father was a bricklayer and amateur bandleader. It was through this influence that he taught himself to play trumpet and trombone. By the late 1930s, he played in many bands before forming his own orchestra in the late 1940s.

Gillespie referred to his orchestra’s repertoire as a mix between Afro-Cuban jazz and bop music, called Cubop.. He was an active musical ambassador, leading several overseas tours sponsored by the U.S. State Department. This includes a trip to Havana in 1977.

After his trip to Havana in 1977, Dizzy Gillespie visited Cuba again in 1982 and then two more times, to participate in the international Jazz Plaza festivals.

There’s no doubt that Gillespie’s trip to Havana played a part in the spread of Afro-Cuban jazz in the world. And of course, the visit of the great American musician was not by chance. So then, why did Dizzy Gillespie want to visit Cuba?

Dizzy Gillespie Was in Love With Cuban Music and Rhythms

For more than 30 years, Dizzy knew and appreciated the Cuban rhythms. And, he incorporated them into his music.

This love began in the early 1940s, when Dizzy Gillespie met musicians – Alberto Iznaga, Mario Bauzá and Noro Morales. But his commitment came in 1946 when Mario Bauzá recommended he incorporate percussionist Chano Pozo into his jazz band..

This friendship and work with percussionist Chano Pozo made Gillespie fall in love with Afro-Cuban music. From there, he started to mix it with the bebop. Thus, between the two of them, they developed a totally new genre so far. The mixture of Afro-Cuban rhythms contributed by Pozo with Gillespie’s bebop resulted in the birth of the cubop. The Cubop officially launched on September 29, 1947, at Carnegie Hall in New York.

The collaboration created songs such as “Manteca”, “Cubana Be-cubana Bop”, “Algo Bueno” and “Caliente.” To this day, they’re recorded in jazz history. They’re a source of surprise and inspiration for many generations of musicians. Gillespie also worked with – Machito and the Afro-Cubans band and the Alberto Socarrás’ orchestra.

“Cubans really play the most exciting music, we don’t exactly copy them, but we will copy some of their methods and apply them to what we are trying to do”.

Chano’s premature death on December 3, 1948 truncated this musical brotherhood. Yet, Gillespie always honored his friend. He publicly recognized the percussionist as his teacher when it came to Afro-Cuban rhythms.

In Gillespie’s own words, “Cubans really play the most exciting music, we don’t exactly copy them, but we will copy some of their methods and apply them to what we are trying to do”. “Cuban music has made such a profound effect on music nowadays that if you don’t know Cuban music you can hardly get a job in the US right now”.

Despite his relationship with Cuban artists, Dizzy didn’t visit the island until he was 60 years old. By that time he was already an undisputed jazz star worldwide.

Tensions between Cuba and the United States, caused by the missile crisis in October 1962, increased. And, the cultural exchange between the two nations was seriously damaged. Jazz on both shores took different paths, without points of contact for more than a decade. To bridge that gap, several jazz stars visited Havana aboard the tourist cruise “Daphane”, in May 1977. Some of the musicians that traveled on this cruise were – the singers Marva Josie and Ry Cooder, the pianist Jo Anne Brackeen, the drummer Bill Hart and many other stars like David Amram, Earl Hines, Eddie Graham, Fatha Hines, Johnn Orr, Ray Mantilla and Rudy Rutherford. Gillespie was accompanied by bassist Ben Brown, drummer Mickey Roker, guitarist Rodney Jones and percussionist Joe Ham.

During the trip, the American musicians were able to meet with Cuban jazz players from the Irakere group. First in an Ensemble that took place at the Caribe Cabaret at the Habana Libre Hotel and later in a tribute concert to Chano Pozo, at the Mella theater in Vedado. From that historical presentation, David Amram’s Memoriam to Chano Pozo and the jam session between Dizzy and Irakere are still remembered.

The visit was short but still, the American musicians were surprised by the quality of the local talent. The Cuba-USA Havana Jam Meeting was then organized again in Cuba the following year. And, it opened the door for Cuban band Irakere to be invited to the 1978 Newport Festival. In that concert, Irakere had an incredible success.

After his trip to Havana in 1977, Dizzy Gillespie visited Cuba again (in 1982). Then two more times, to participate in the international Jazz Plaza festivals. During his visits he revealed his eye for talent and the desire to support it. This was evident in 1984 for instance. That’s when he saw pianist Gonzalo Rubalcaba at the Havana cabaret Parisien. He invited him to share the stage the next day at the Jazz Plaza.

After his departure from Cuba in 1990, Gillespie supported Sandoval in obtaining his American visa and joining him in the United Nations Orchestra.

In 1989, during another visit to the Havana club Maxim he stated: “I came with the intention of paying tribute to Chano Pozo by placing a statue of him in a park in Havana,” a project that, unfortunately, was never carried out.

However, the love for Afro-Cuban music and its origins did not wane. Gillespie is considered the patron and discoverer of many renowned artists. He found saxophonist Paquito D’Rivera and the trumpeter Arturo Sandoval. He became friends with the latter precisely during his first visit in 1977: Sandoval was the one who served as Gillepie’s driver and took him to know – Havana off the beaten path, outside the official tourist travel poster. After his departure from Cuba in 1990, Gillespie supported Sandoval in obtaining his American visa and joining him in the United Nations Orchestra. In that famous orchestra, Arturo Sandoval consolidated his career and stayed until the death of his mentor, on January 6, 1993.

Dizzy Gillespie was not wrong when he trusted the talent Arturo Sandoval as he was a great defender of his jazz legacy. Sandoval has won 4 Grammys, recorded more than 30 albums since he left Irakere to date and has also received the Presidential Medal of Freedom. But he always remembers his teacher, of whom he has expressed: “He is by far my biggest musical influence. Since the moment I met him, my life changed and my future was defined”.

Miguel Freijo Buendia is the founder of the Havana Music School, an independent project that provides music lessons to anyone interested in Cuban music. After working in the stock market for more than twelve years, Miguel decided to take a break for three months and went to Cuba to study bass guitar. He began his journey in Pinar del Río, the town where his grandfather was born, but soon moved to Havana where he took bass lessons with Fernando Tort. The experience and lessons changed his life completely and after graduating from bass guitar, he decided to stay longer in the island playing Cuban music and attending many live concerts every week. He is married to Claudia and they proudly welcomed the birth of their child, Luna in 2019.

Cuba Just Rolled Back Vaccine & Testing Requirements: Are You Going This Summer?

What Cuba Needs To Do To Put Food on the Table

LA Times: Cuba, Nicaragua, Venezuela Are Not at the Summit of the Americas — But Their Dissidents Are