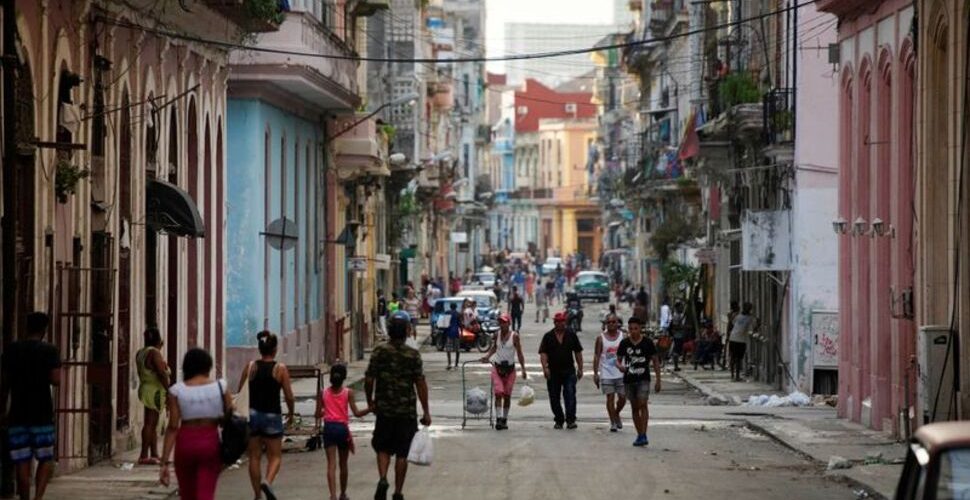 Cuba is getting ready to open its doors to tourism again, in November and Varadero, the country’s prized tourist resort town, about 95 miles to the east of Havana, is getting ready to roll out the welcome mat. It’s a much needed economic relief and oxygen line for the country that depends heavily on its tourism sector. At the same time the country has declared November 20th, National Defense Day. This happens to also be the day that dissident groups are planning to stage another, and a bigger demonstration throughout the country. Ummm…

Nicaragua is getting 7 million doses of Cuba’s COVID-19 vaccine and to the south a little bit, nine Cuban baseball players are taking up residence. They’ve defected to Mexico during the recent U-23 tournament. Back at home, artist Luis Manuel Otero Alcántara has staged a hunger strike in prison. And, Cuba’s literacy rates are praised even though Cubans continue to experience censorship. See below for more from this week’s Weekly Cuba News Roundup.

By the way, none of the opinions in any of the stories shared on this page represent ours; we’re just sharing them with you. If you are a journalist or you have seen a story that you’d like us to consider for future weekly news roundups, please send us a note and a link to the story here. (Hero image: Karen Vierbuchen)

Imprisoned Cuban artist Luis Manuel Otero Alcántara, whose performances and hunger strikes have inspired a pro-democracy artists’ movement on the island, is again refusing to eat to call attention to the incarceration of hundreds of Cubans who protested against the government on July 11. Read more at MiamiHerald.com.

New York Times: Cimafunk’s Quest to Create One Nación Under a Groove

The Cuban musician’s new album, “El Alimento,” is a fresh take on funk that blends Afro-Cuban and African American rhythms using a cast of international collaborators. Read more at nytimes.com.

Little by little, vacationers are returning to one of the Caribbean’s most iconic beaches, which has been a nearly abandoned strip of glittering sand and turquoise seas for more than a year. Read more at apnews.com.

You don’t even need an ice cream maker to whip up the recipe for this magical – and cool – cafe Cubano treat.

Cuba announced Friday it would conduct annual military exercises on Nov. 18-19, leading up to a day of civilian defense preparedness on Nov. 20, the same date dissidents plan human rights protests around the country. Read more at usnews.com.

Cuba’s high literacy rates and the rapid rollout of the campaign that resulted in most residents learning to read and write has been a model for many other countries — even as Cubans continue to experience harsh censorship. Read more at news.yahoo.com.

AP: Nicaragua to get 7 million doses of Cuban COVID-19 vaccine

Nicaragua said Tuesday it will get 7 million doses of Cuban coronavirus vaccines over the next three months.Read more at apnews.com.

Nine of the 24 players on Cuba’s national team at baseball’s U-23 World Cup defected during the tournament in Mexico, the Cuban government confirmed Sunday. Read more at NBCnews.com.

Harvard to Havana: How Studying Abroad in Cuba Connected the Dots for Me

CNN: See What Havana Looks Like as Cuba Set to Reopen to Tourists

Roe v. Wade: What do you think?

What Being a Punk Means in a Country Like Cuba