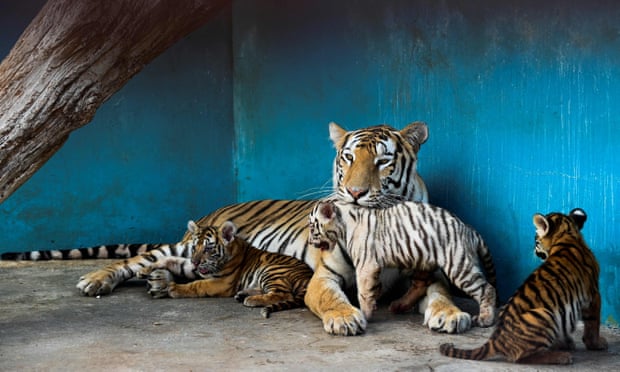 Well, after last week’s News Roundup that didn’t feel too good, we found at least one warm and fuzzy headline to share with you this week. It’s about animals; Cuba’s National Zoo is seeing a surge in tiny, cute, fluffy baby animals. We highlight that story sandwiched between the usual suspects, below.

This includes, as you may have heard Cuba accusing the U.S. in involvement with the planned November 15th protests. At the same time, Cuba is getting ready to open up to tourists and those with a vaccination will not need to quarantine. Reuters is reporting about laws that grant greater rights to protestors in Cuba. The Economist reports that the Cuban government is trying to control crypto. And, although not directly related to Cuba, this Thursday Cuban exile and CIA contract worker, Ricardo Morales’ son claimed his dad trained Oswald, JFK’s accused assassin. WTAF. More furry animal stories please.

By the way, none of the opinions in any of the stories shared on this page represent ours; we’re just sharing them with you. If you are a journalist or you have seen a story that you’d like us to consider for future weekly news roundups, please send us a note and a link to the story here. (Hero image: Alejandro Rojas)

One of Cuba’s most senior diplomats switches from Spanish to English when he describes the pace at which many Zookeepers at Cuba’s National Zoo say several species of exotic and endangered animals took advantage of the peace and quiet brought on by the coronavirus pandemic for romantic encounters that resulted in a bumper crop of baby animals. Read more at theguardian.com.

Cuba’s National Assembly on Thursday approved a raft of laws broadening citizens’ legal rights even as the Communist-run country comes under fire at home and abroad for a crackdown on protests earlier this year. Read more at reuters.com.

As activists in Cuba defy the government and continue preparing for nationwide protests Nov. 15, the government is ratcheting up its rhetoric against the U.S., accusing it of financing and directing protesters. Read more at nbcnews.com.

Seoul, Korea’s Habana Indie Club brings Cuban culture and a love story to the other side of the world.

Travel + Leisure: Cuba Will Soon Welcome Tourists Without Quarantine — Here’s What You Need to Know

Cuba is almost ready to welcome you back for a vacation. The Caribbean nation is set to ease its COVID-19 travel restrictions in the coming weeks, allowing visitors to bypass quarantine so long as they show proof of vaccination or a recent PCR test before entering. Read more at travelandleisure.com.

The Economist: Cuba’s communist regime is trying to control crypto

Saily de Amarillo is an entrepreneur in a system that discourages diversity. In Havana she runs a boutique hotel, a café and a co-working space. She also teaches people about social media on Slyk, a website that has taken off in Cuba. Slyk gives her an online presence without having to build a website. Even more important, she can be paid for her work in cryptocurrency.  Read more at economist.com.

Almost 40 years after his death following a bar brawl in Key Biscayne, Ricardo Morales, known as “Monkey” — contract CIA worker, anti-Castro militant, counter-intelligence chief for Venezuela, FBI informant and drug dealer — returned to the spotlight Thursday morning when one of his sons made a startling claim on Spanish-language radio. Read more at miamiherald.com

Ken Deckinger is the co-founder and CEO of Startup Cuba and the executive producer and host of its namesake docuseries. A native of South Florida, Ken has been an entrepreneur for his entire professional career. Previously he was co-founder and CEO of HurryDate, pioneering the global concept of speed dating to 45 cities throughout the US, UK and Canada. HurryDate eventually evolved into online dating and was acquired by Spark Networks, the parent company of ChristianMingle.com and JDate.com. Ken is a graduate of Boston College and the University of Florida, where he was honored with the University’s Alumni Entrepreneur of the Year Under 40 award and sits on the Board for the Center for Entrepreneurship and Innovation. He actively advises entrepreneurs and is a two-time protagonist of a Harvard Business School case study. Ken’s filmmaking and journalistic journey is inspired by a love of travel and authentic connections with other cultures. He believes that the more we know about each other, through stories, the closer we can become — thus the mission of Startup Cuba: to amplify the voices of the people sharing stories in the Latinx space. After living in New York City for 15 years, he encouraged his wife to move their family to Miami to get back to his South Florida roots. Needless to say, it was a short discussion and he and his family now call Boston, where his wife grew up, their home.