Meet Matria: The Online Platform Taking on Cuban Patriarchy One Post at a Time 

“Patria o muerte” is the slogan that famously reverberated through Cuba during the Revolution; however, after the 11J protests last year and the subsequent release of the protest song “Patria y Vida,” it’s debatable which version of the phrase remains more popular on the island. Whatever the answer, the word that’s stuck around in both is “patria”–what’s with that?

While the word patria is usually translated as “homeland,” its Latin linguistic roots connect it to the patriarchy: “fatherland” is a more accurate English equivalent. Thankfully, Cuban journalists Milena Recio and Mónica Rivero are on the case. Through their digital platform Matria, these Latina lady bosses are working hard to dismantle the machista patriarchy that’s plagued Cuba and the rest of Latin America for decades in order to transform the island into a much more diverse, equal, and inclusive space.

“The name ‘Matria’ is a feminist neologism that tries to examine from the other side the concepts of Patria, place, space–real or symbolic–where one is born and to which one belongs.”

“The name ‘Matria’ is a feminist neologism that tries to examine from the other side the concepts of Patria, place, space–real or symbolic–where one is born and to which one belongs,” Mónica shares while explaining to me the origin of the site’s name. “It transforms the land/nationality to which we belong into a maternal figure. It also invokes an aspect of female empowerment in terms of social equality. We like to think of Cuba as a Matria [motherland], the space of coexistence and welcome that we always dream of improving.”

Mónica and Milena first met at the University of Havana’s Facultad de Comunicación, where Mónica was Milena’s student. After working together as reporters and editors for the publications Progreso Semanal and OnCuba News, the two became fast friends. When Milena founded Matria in April 2020, seeking to join a then small group of digital platforms promoting a brand of Cuban feminism that supported sexual and gender diversity and equality on the island, it just made sense for her to ask Mónica to jump on board and help her run it.

Given the sociopolitical context at the time–a newly proposed law against gender violence, talks of a revamped Family Code, and the arrival to Cuba of a global pandemic that experts predicted would disproportionately impact women–Matria couldn’t have come at a more opportune time. Originally launched as part of Colectivo + Voces, the umbrella organization responsible for independent Cuban media sources like elTOQUE, like most fledgling platforms, Matria at first struggled to gain visibility and assert itself in the online conversation on gender, sexuality, patriarchy, race, and other related topics. However, after two years Matria has finally been able to relaunch as an independent site, allowing Milena and Mónica to debut new content and formats with a greater reach.

Milena and Mónica are adamant about adhering to the principles of “constructive journalism,” which entails not only identifying and reporting on problems, but also going the extra mile and proposing solutions.

“We aspire to communicate with a diverse public, including people with previous experience with the topics we cover, people with decision-making powers in their institutions and organizations, and especially people whose self-awareness regarding gender is still developing,” the co-founders share. “We want to put resources and conceptual tools in the hands of those who, for various reasons, haven’t had them until now. For example, women who have been abused by their partners or family members, victims of inequalities in the laboral sector, and those who have been discriminated against due to their sexual identity, among others.”

While Matria’s newfound independence has in many ways been cause for celebration, it’s also meant less guaranteed support, financial or otherwise. “We’re in the process of looking for diverse forms of support,” the co-founders add, “not just financial, but also methodological support, professional exchange, collaborations. Our doors are wide open.”

Getting that support is critical to being able to carry out Matria’s three-pronged mission: activism, analysis, and education. Milena and Mónica are adamant about adhering to the principles of “constructive journalism,” which entails not only identifying and reporting on problems, but also going the extra mile and proposing solutions. The co-founders are also the first to admit that despite the significant amount of content on their site–from articles on resources for caretakers of the elderly to an entire section (Pater) dedicated to promoting new paternity models and other non-patriarchal expressions of masculinity–they’re still learning, as well.

“We don’t have a handful of absolute certainties,” Mónica says, “but rather many questions and a desire to answer them collectively.”

While most might take a beat to bask in the glory of having successfully overcome obstacles and launched such a necessary and valuable project, Mónica and Milena are already focused on growing Matria’s and planning its future. They’ve formed partnerships with similar Cuban initiatives like El Código Sí suena, which provided an audio version of the draft of the proposed modifications to the Family Code; incorporated more illustrations into the site’s content; and launched a video-podcast. They also want to find ways of continuing to cement their place in national debates on various aspects of Cuban society, starting with providing even more information and perspective on the proposed Family Code.

“Matria should continue to grow, add members, and propel new initiatives that serve to generate connections, and with them, a social fabric in Cuba,” Mónica shares. “We’re satisfied with the contributions we’ve made in the past two years, but we want to contribute much more and increase our participation in the essential debates of Cuban society.”

Before Pride Month is over, definitely check out Matria and their video-podcast here! 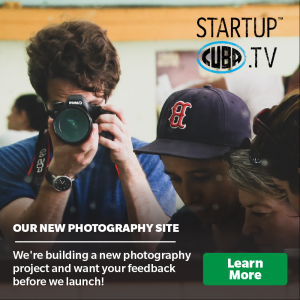