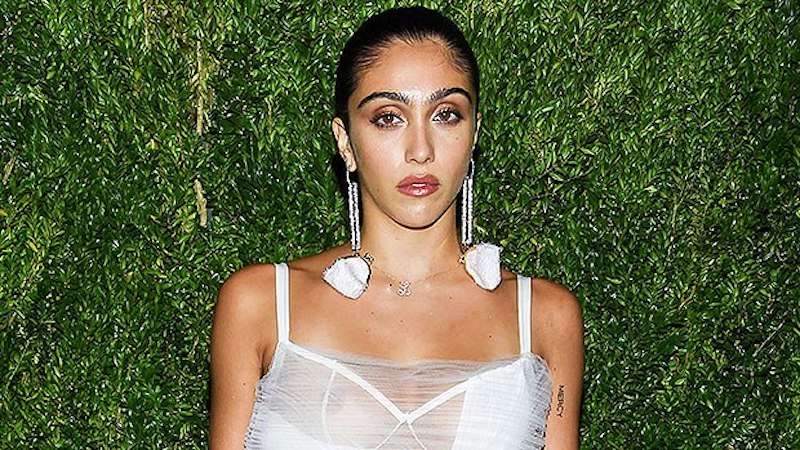 Mayra Padilla
6 min read
Add comment
FacebookTwitterEmailLinkedInWhatsApp
Here are 10 famous people you may not have known were Cuban-American but you’ll want to.

A few weeks ago, I got in the back of a  Lyft on my way to the airport and with just a few words –  JetBlue terminal, right?” – I knew I was in the presence of a fellow Cuban-American. So I confirmed by asking, “Eres Cubano?” and the driver replied with a sly look in the rear view mirror, “Si!”  The rest of the ride was chatter-filled delight despite the crazy rush hour traffic.

One of my life’s sweet joys is discovering a fellow Cuban and feeling like I’m home, regardless of where I am. The immediacy of connection, the familiarity, the plunging into the mother tongue and then, the flurry of questions that follows , got me thinking about Cuban-Americans walking among us or dearly remembered.

During this National Hispanic month, here are 10 people you may not have known were Cuban-American but you’ll want to!

The Mandalorian actor and musician hails from good stock! The son of Cuban-American and Italian actor Bobby Cannavale and actress and screenwriter Jenny Lumet, he counts Sidney Lumet and Lena Horne among the branches in his family tree. Clearly taking on the family business ,this young talent has appeared on Broadway in the comedy Fish in the Dark by Larry David and on television in and Disney’s hit show.

This actress, producer and voice-over talent has a well known resume that includes Rent and several roles in comic book adaptations.  She hails from Afro-Cuban and Puerto Rican ancestry and is also known as being Senator Cory Booker’s boo. Beyond her film career, her star shines bright in the philanthropic and advocacy world. She supports causes for women, voting rights and access to film-making for underrepresented communities.

Known as “Lola” to her friends and the self-proclaimed “Latin from Manhattan”, she’s the smoldering gorgeous daughter of Madonna and personal trainer-turned-actor, Carlos Leon. Lourdes has been hiding in plain sight and is now having her moment. She is the new face of designer Marc Jacobs’ advertising campaign and features in a viral campaign for Stella McCartney. According to a recent Vanity Fair article, during her first trip to Cuba she discovered, “I look like my grandmother, and my family members were all freaking out, grabbing my face.” “That diaspora engine yanks you back.”

Long gone but never forgotten, the cultural icon, Brat Packer and multi-threat talent (singer, dancer, musician, comedian) was born in Harlem to an African-American father and an Afro-Cuban mother (a fact he denied because he feared anti-Cuban backlash). He was a man of his time who engaged in the Civil Rights movement and fought for the right to have inter-racial marriages. He also converted to Judaism as he felt a kinship between the struggle of Blacks and Jews. For audiences interested in discovering the person known as “the greatest entertainer of all time”, check out the documentary Sammy Davis Jr: I’ve Gotta Be Me.

Before becoming an award-winning actor, Oscar Isaac was lead guitarist and vocalist in the band Blinking Underdogs. Born to a Guatemalan mother and a Cuban father, Isaac was born in Guatemala and moved to Miami as a baby. Deeply committed to his craft, Isaac has an impressive list of film credits with two new movies out this year: Scenes from a Marriage and Dune. Isaac will be playing Francis Ford Coppola in the film Francis and The Godfather. And, he has joined the Marvel Universe in the upcoming tv series Moon Knight which is a good thing because we can’t get enough of him.

Before “Fifty Shades of Grey”, there was Anais Nin, a diarist and novelist who wrote short stories and erotica. Born to Cuban parents in France, Nin kept detailed diaries of her life and relationships which included a long and deeply imprinting affair with fellow author Henry Miller. An early feminist, her books (especially Delta of Venus) are considered controversial for their day because they featured women’s pleasure. Perhaps it explains one of her famous quotes: “Life shrinks or expands in proportion to one’s courage.” To learn more about this fearless trail-blazer, watch the film Henry and June which captures the intimate story of one woman’s sexual awakening.

Born Maria de la Soledad Teresa O’Brien, this award-winning journalist and producer is also an entrepreneur and chairwoman of Starfish Media Group. Her parents were both immigrants who met in college. O’Brien’s name is a glorious mash of her cultural heritage reflecting her father’s Scottish and Irish descent and her mother’s Afro-Cuban background. Soledad is a long-time advocate for the Latino community. She can be heard on the podcast Matter of Fact with Soledad O’Brien, offering original reporting from around the globe. As she has been known to say, “when you have a name like mine, you have some explaining to do.”

Being a woman in Cuba these days means reinventing yourself, confronting a machista society and looking for innovative solutions.

Hailing from Florida, this New York Times and USA Today bestselling author of Next Year in Havana, When We Left Cuba, The Last Train to Key West, and The Most Beautiful Girl in the World has created an incredible body of Cuba-centric stories. It’s not surprising given that she grew up surrounded by the stories of her family’s exodus from Cuba. What might surprise you is that in addition to being a bestselling author, she’s got a master’s degree in Global Politics from the London School of Economics and Political Science and a law degree from the University of South Carolina Law School.

Yoel Romero Palacio is a Cuban-American professional mixed martial artist (MMA) and former freestyle wrestler. He’s a World Champion and an Olympic medalist for Cuba. Born in Pinar del Rio to a family of fighters, Yoel got his practice in wrestling and fighting with his brother Pablo; also a well-known boxer. A self-declared Christian, Yoel is also a vocal advocate for the #SOSCuba movement.

Did you think Chef Jami was going to leave you hanging after Thanksgiving? Not. A. Chance.

Cuban-American Yas Gonzalez has created an enviable fashion line with her creations. She is the creative director of House of Yas. It’s a fashion house that specializes in creating pieces that are guaranteed to turn heads; where haute couture meets Caribbean flair. And turn heads it does with a slew of talented celebrities from Jennifer Lopez, Ricky Martin, Gente de Zona wearing her creations. Her newest collection “Forever Cuba” is inspired by Cuba’s most nostalgic places. Her fashion has appeared in magazines and fashion shows around the world and it’s not lost on me that Yas sounds very close to “YES!”

Mayra Padilla is living the first generation Cuban American experience. Born in NJ to Cuban parents and now residing in San Francisco, she has a talent for bridging cultures. From language to food to culture to music to travel, she loves being an ambassador to help foster understanding between cultures and after several trips to the Cuba, has been a bridge of re-connection within her own US and Cuban families.  Mayra helps build and market global brands such as Levi's, Charles Schwab, General Mills, Kraft General Foods. As a photographer, her work has taken her to Sri Lanka, Morocco, and Miami to help non-profits tell their story and amplify their mission. She also volunteers with Upwardly Global and the International Rescue Committee, two organizations whose mission it is to help immigrants and refugees find employment and acclimate to life in America. She is currently working on the launch of a national pilot program to teach financial literacy to immigrant teens. Fun fact: always on the prowl for really good Cuban food, she has been known to get in the car, play her Cuban tunes and drive several hours to LA for a really good plate of carne puerco!

Photo of the Month: El Malecón